Following in the footsteps of it’s highly popular predecessor, the FS7, Sony’s FX9 system manages to maintain all of the features that made the FS7 so versatile while building on the updates and improvements Sony made from then to now.

The FX9 can be used on a multitude of different projects from news gathering, documentary work, event shoots, and cinema - making this camera highly adaptable to any shooting situation a production desires. The flexibility of Sony’s E-Mount allows for a host of different lens options via adapters that really put it ahead of the pack in the prosumer world and also lends itself to be used with many different optical platforms that users may prefer for their particular projects.

It’s dual-base ISO gains users the potential to shoot in it’s low-base sensitivity of 800 that is utilized as the native base sensitivity in most digital cinema camera platforms, as well as a high base ISO of 4000 that allows for low-light capture without adding extra gain. Having low and high base ISO’s with near identical image quality opens up many avenues for shooters to shoot even more creatively without large sacrifices based on time of day, location, or budget.

Notable upgrades include a new oversampled 6K Exmor R CMOS sensor that downsamples to UHD in order to maximize noise reduction and color sampling that vastly improves the IQ of the 4K image it captures, the obvious update from S35 to Full-Frame, and a vastly improved Hybrid Autofocus system that is now highly customizable and practical.

You are able to track fast moving subjects with pin-sharp accuracy even when using wide-lens aperture. Through a combination of phase detection and tracking contrast the AF feature is exceptional when it comes to focus accuracy. The FX9 also has a Face Detection that recognizes and locks on to human faces. These AF options are in the hand of the user as many of these settings are customizable with 7-level and 5-level AF for cinematic or responsive focus racks.

Using their GM series native E-Mount lenses - focus, zoom, and iris can be controlled via a browser that also lends itself nicely to studio broadcast work.

The FX9 offers an exceptional 15+ stops of dynamic range—beyond the normal range of human perception—allowing for unprecedented creative freedom in color grading and post. Camera operators can concentrate on framing the scene they want while relying upon the FX9 to capture every nuance and detail using either 4K 4:2:2 10-bit internal recording or 16-bit RAW external recording.

Overall, the FX9 is a noteworthy upgrade from the FS7 that will allow creatives a camera to grow into, as well as, pivot from one style to another while retaining a familiar platform regardless of the style they are currently shooting in or will be shooting in. Whether a student is growing from using EF lenses to PL or a shooter owns their own PL lenses for cinema projects, but has a documentary shoot that needs to utilize the highly capable AF features using Sony E mount lenses, the FX9 is able to provide a solid foundation. 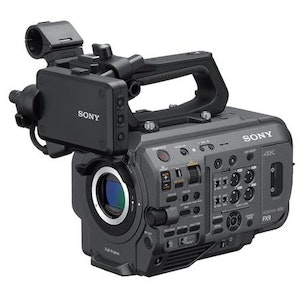 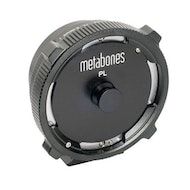 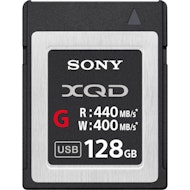 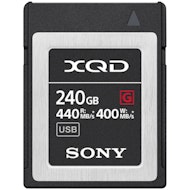