The Sony FX6 is a full frame cinema camera with a truly compact form. The FX6 is the third camera on Sony’s Cinema Line, following the VENICE and the FX9. Similar to both of those cameras, the FX6 shares a full frame sensor, native E-Mount, and Sony’s S-Cinetone color science. Weighing in at around 2 pounds, this camera is perfect for gimbal setups, handheld rigs, and tripods, making it one of the most versatile cameras in the Sony Cinema Line.

The FX6 has 15+ stops of dynamic range when using S-Log3. The large ISO range goes all the way up to 409,600 for low light capabilities, while maintaining a base ISO of 800 for extremely sensitive capture. To help with brighter shots, it has a built-in variable ND filter system, to allow for seamless adjustments while shooting. With high frame rate capabilities in HD in full frame, you can capture slow motion at up to 240 frames per second.

Sony’s S-Cinetone gamma curve provides a cinematic look while softening and smoothing colors. This gamma curve provides cine style imaging and film-like natural skin tones. It can be burned into the shot or just turned on for in-camera use. This allows for you to use the FX6 as a reliable camera to match to your VENICE or FX9 footage, making it the perfect single operator user, B-Cam, or gimbal body.

To make the FX6 a compact cinema camera, it uses two CFExpress Type A/SD UHS-II SD card slots. The dual slots allow for dual recording. To provide the highest UHD 4K capture possible, the CFExpress cards are the most rugged high capacity cards for the FX6.

Paired with the Atomos Ninja V, the FX6 can produce 12 bit RAW images using the 12G/6G/3G-SDI port and the HDMI port built right onto the body. It also features a timecode input and output to sync up timecode across multiple cameras. On the top handle it features dual XLR audio inputs as well as an internal microphone. There is also a microphone holder to hold the microphone without needing extra mounting accessories.

The modular 3.5” touchscreen module that comes in the package can be mounted in several spots along the top handle. It is the perfect size to adjust key menu settings quickly and seamlessly, such as going from full frame mode to super 35 allowing for versatile lens usage in a wide variety of glass. When using Sony’s E mount lenses their integration allows for integrated Face Detection and Eye Autofocus modes, even in low light settings. Through Phase detection the FX6 is able to rapidly focus with extremely sharp accuracy.

The FX6 comes with four CORESWX Nano batteries that all have a D-Tap and an USB port on the battery. Two 160gb CFExpress Type A Cards and a reader are also included as well as an external onboard microphone. It's packed in a Pelican 1510 so it's perfect for your travel job as it will fit into the overhead bin on an airplane. It is the perfect camera package for anyone from big feature length projects to shorter commercial usage. This camera is ready to rock and roll as soon as you open the case. 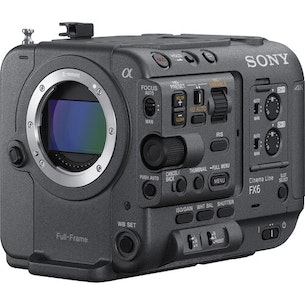 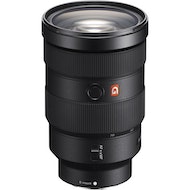 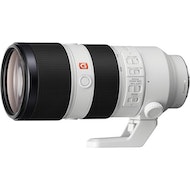 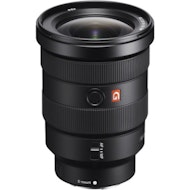 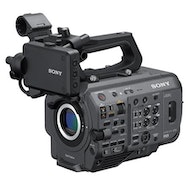 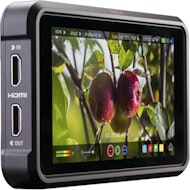